Ratho Park Golf Club was formed in 1928 although not formally opened until 11th May, 1929, when a match was arranged between James Braid, the designer of the course, and Harry Vardon, who dominated the golfing scene in the early part of the last century. After the match each of the players donated a club with which they had been playing, to commemorate the event. As both these players were in the twilight of their careers it was fitting that these trophies should be competed for by the Senior members of the Club.

The Club however has a longer history, being an offshoot of the New Century Golf Club, started at the beginning of the twentieth century, 1st January, 1901, to be precise, and subsequently merged into the Corstorphine Golf Club with a sporting nine hole course on the hilly ground at the back of and forming part of, what is now the Edinburgh Zoo. The Zoo which opened it's gates to the public in 1913, proved so successful after the Great War of 1914-1918, that they wanted to extend and notified the golf club that their lease would expire in 1927. In 1928, the Club, largely due to the enterprise of their captain, the late John Fraser, moved to Ratho Park.

In 1955 the Club purchased the estate of Ratho Park, which it had held on lease, largely through the drive and enthusiasm of Captain Jack Dunbar and his council, and became owners of their own course and clubhouse. Built in 1824 by the famous architect William Burn, the fine mansion house of Ratho Park has been transformed into one of the finest clubhouses in the country, particularly since 1980 when the first stage of major improvements costing £100,000 were carried out. More recently to celebrate the Millennium, a further stage of improvements has been completed at a cost of £350,000.

James Braid when he laid out the course, prophesied a successful future which has been more than fulfilled. The course, under the care of Head Greenkeeper, Craig McCrorie, has proved very popular for visiting Societies and Corporate outings. Professional Andrew Erskine who also served his apprenticeship at Ratho is in great demand for his teaching skills and will look after all your golfing needs.

First class facilities have to be supported by bright and welcoming staff and we are fortunate to have Liz and Andrew Purdon as our club stewards. Liz, Andrew and their staff ensure that a warm welcome awaits you before and after your round of golf. Possessing a course of great natural beauty and attractive golfing characteristics, Ratho Park has all it takes to make your visit a huge success.

Click below to view the winners from the 2022 Open Amateur Mixed Foursomes
Read More... 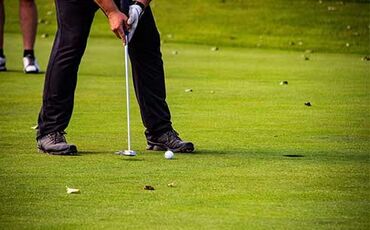 Please click below to view the results from the Gents Scratch & Handicap Open.
Read More... 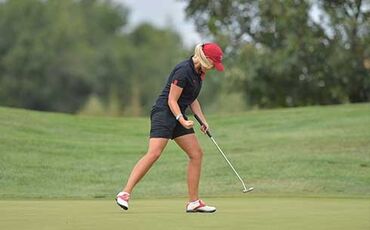 Please click below to view the results from the Ladies Open
Read More...

Want to get latest news and promotions directly to your inbox?